Habitats are natural environments or places in which organisms live. Habitats provide the necessities for life such as shelter, water, and food for organisms to live, grow, and reproduce. The earth has two basic types of habitats: land habitats and aquatic habitats. On land, there are dry to wet forests (deserts to tropical rainforests), frozen tundra to verdant grasslands, temperate forests to arid mountain tops. Aquatic habitats are saltwater, marine, freshwater, and wetlands. These different types of habitats support all the biodiversity of life on earth. From the ocean to the arctic pole, the grasslands, wetlands, forests, and mountains each supports different animal and plant life. The environments vary in their range of precipitation (wet to dry) and temperature (hot to cold). Some living organisms (like some birds) move between habitats adapting and continuing to thrive and prosper in habitats that are different. With technologies, people can be dry on, in, and underwater. They can be warm in frigid weather; they can travel and move across deserts. People can live anywhere on earth. 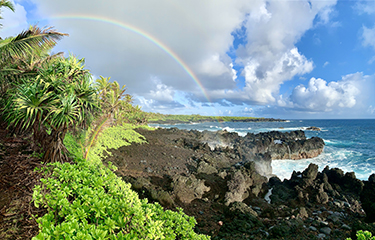 The largest habitat on earth is the ocean habitat. With over 70% of the earth covered in saltwater, many plants and animals live along, on, and under the ocean. Ocean habitat consists of three zones- the Intertidal shoreline zone, the Pelagic or open ocean zone, and the deep Abyssal Benthic zone. Many plants and animals live on, along, and under the ocean. Wave movement, changing light and temperature from the top to the bottom of these three zones support marine flora and fauna. Ninety percent of them live in the sunlit first two hundred meters of the ocean. The sunlight reaches tiny diatoms or single-celled algae invisible to the human eye, which produce food at the bottom of the food chain for phytoplankton and other animals. Other plants and animals feed on these, including the world’s largest mammals, the blue whales. The ocean’s breadth and depth remain the most extensive, unexplored habit. 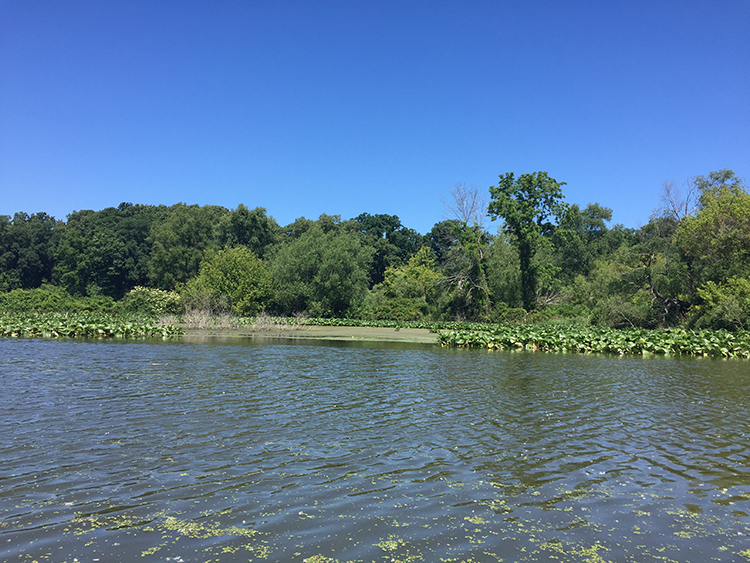 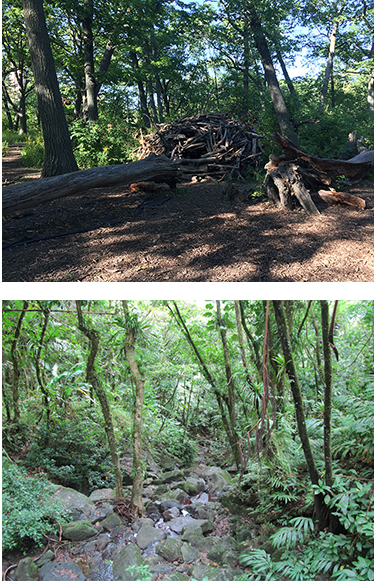 Forest habitats cover 30 percent of the earth, providing habitat to many flora and fauna. There are two basic forest types- the temperate forest and the rain forest. The biodiverse life of temperate forests adapts to seasons in which deciduous trees sprout buds in the spring, bloom over the summer, change color in the fall, and drop their leaves in winter. Temperate forests not only clean the air and produce oxygen, but they also purify water, provide sources of medicine for humans, and sequester carbon in their roots. Rainforests are home to the most biodiversity of life on land.

Rainforests get as much as an inch of rain a day, with mist and fog throughout two-hundred-foot tall evergreen trees. It can take ten minutes for a raindrop to fall to the bottom of the rain forest! The temperature remains constant throughout the year, though it is darker at the ground layer. The rainforest has four levels. The lowest shrub layer collects decaying leaves creating food for ants, lizards, tigers, elephants, bears, and more. The under canopy is where moss grows on trunks, and animals fly and swing through the vines—the upper canopy, where leaves branch horizontally. The rainforest’s top is the emergent layer; it gets the sunlight to feed all of the plant and animal life below. Rainforests house the largest diversity of living organisms and are home to more than half of all of the plants and animals on the earth! Draw and label the layers of both rainforest and temperate forest habitat. 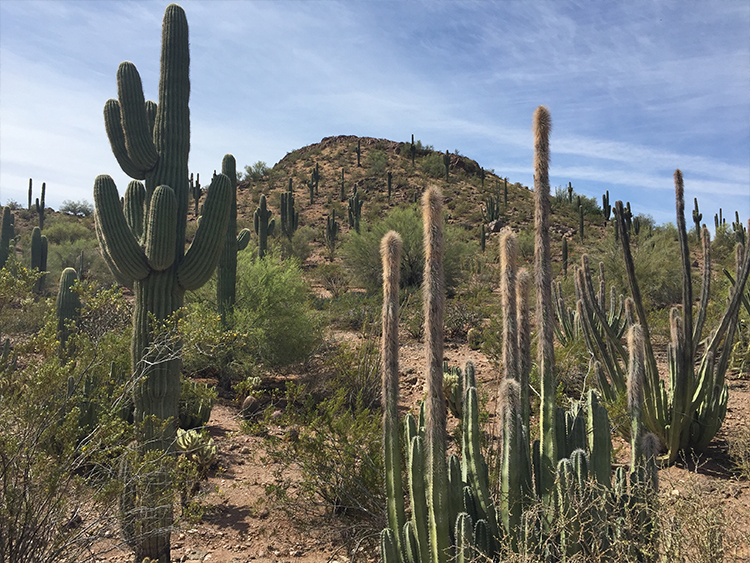 Desert habitats formed 8 to 10,000 years ago cover another third of the earth. These areas get little annual rain, or a deluge of rain and then none for years. Deserts have temperature extremes and are very hot during the day and cold at night. Surprisingly, only 20 percent of deserts are sand. The rest are arid lands with exposed bedrock, loose gravel, desert soils, and fluvial deposits in desert lakes. Oases flourish with water from springs, wells, and irrigation. The desert is alive with life. Plants and animals in deserts often only open or come out at night. Plants and animals keep cool and use less water. Succulent cacti hold water, drought/salt-tolerant plants store water in stems and leaves, and other desert plants grow deep underground roots to connect with aquifers storing water underground. Sunflowers and Pea family plants flourish. Flowering plants and grasses and shrubs grow, bloom and live post rainfall. Bobcats, coyotes, and mountain lions hunt in deserts. RedTailed Hawks, owls, and vultures fly overhead looking for prey. Rattlesnakes, turtles, iguanas, and lizards eat black widow spiders, fire ants, and scorpions. Draw and label a picture of the desert and upload your drawing to the gallery!

Grasslands around the world are flatter areas and appear as savannahs, pampas, prairies, and steppes. They cover 20-40% of the earth’s land. Prairies abound with short and tall grasses and low-lying shrubs and bushes; they experience the four seasons and self-fertilize with burnings. Savannahs are grasslands with occasional trees; low-lying predators hide in the grass, birds of prey, giraffes, and other tall animals see over the grass. The Everglades is a wetland grassland. Steppes are drier areas that support cacti, sagebrush, buffalo, and blue grama grass, offering habitat to birds, snakes, and badgers. The mountainous grasslands are known as alpine tundra. The driest greens exist with less than 50 centimeters of rain per year. Make a drawing of flora and fauna of grassland and label which continent it is on. 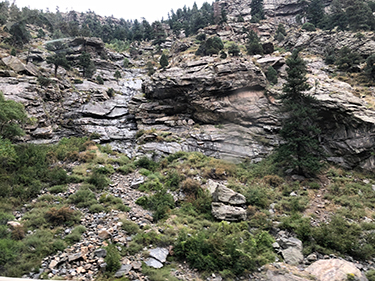 Mountain habitats vary above the tree line depending on location and their mild or tropical temperatures. The terrain above foothills is home to snow-topped coniferous forests and Aspen stands, meadows, lakes, streams, and valleys. Melting snow provides freshwater downstream. Hooved elk, mountain goats, mountain lions, golden eagles, and chipmunks coexist. Draw a mountain habitat and identify several animal and plant habitats that live up in the highest regions of the earth.

Habitats are the place(environment) in which organisms live. Habitats provide the things that an organism needs to live, grow, and reproduce. In each habitat, animals depend on plants to survive as producers, and animals and insects help plants survive. Different locations on earth support different kinds of habitats which in turn have different plant and animal populations. Make a chart of insects, plants, and animals that are necessary to each other and where they live. Be sure to look underground, on the ground, and above ground!