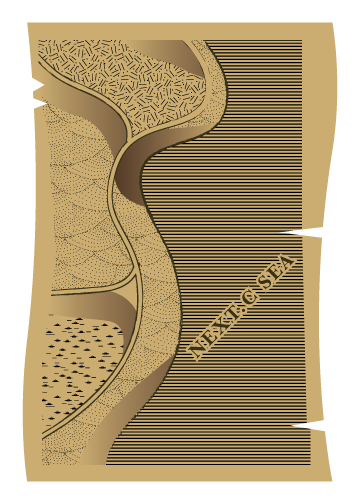 How does the land lie?
Is the land flat? Does it rise gently? Does it climb up the steep face of a mountain? Does it plunge into a gorge or a ravine or a gentle river valley? Over hill and dale, the earth’s crust moves up high and down low. In the earth’s billions of years of development, many different types of landforms have been created for us to explore. Landforms are natural features on the earth’s surface. Landforms are created by weathering and erosion and movements of the crust. Weathering includes physical and chemical breakdown of rocks and minerals. Erosion is removal of earth’s surface by wind, water, sand, glaciers and gravity. Tectonic plate movements from inside of the earth push and pull on the earth’s crust forging mountain ranges, islands in the sea and other landforms. Mountains and valleys, islands and peninsulas and canyons, deltas and sand dunesinvite us to wander and explore the world. Take this journey and learn about the highest highs, lowest lows and other exciting features about the land you walk on or lands you dream of visiting.

Activity 1 – High and Lows of Land 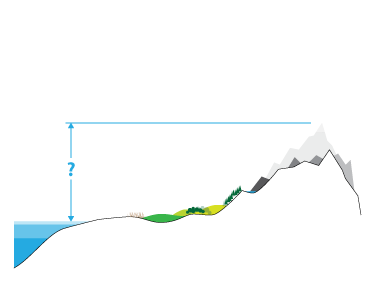 Surprise! The earth is not flat! It actually reaches great heights into the sky and plunges deeply to the bottom of the ocean. Courageous explorers have taken journeys to travel to the tallest mountains and to dive to the ocean depths. You are to digitally explore, from wherever you are, your elevation above sea level. Plot that point on a chart leaving enough paper to scale mountains that you will find and ocean depths you will imagine to visit. What is the highest point on earth? What country is it in? What landform is it? Look at Universal Scale to see the relative size of landforms on earth. Look at maps of the ocean to find the deepest point. Complete your chart, starting where you now live, with the mountains to the left and the below sea level measurements to the right. Label each mountain (with a country location) and each ocean with a latitude and longitude.

Where will you travel in your lifetime? 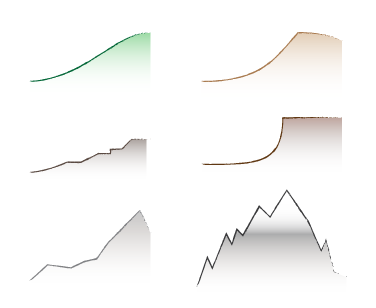 Hills are rolling, softer forms than mountains that are covered with seasonal plants, grasses, bushes and sometimes forests. Hills may be deposits of soil, from glaciers or winds. Hills are formed by erosion, or removal of soil from mountains by high winds. People piling up rocks and dirt can also build them. And finally hills can be volcanically formed. When a volcano erupts it spews ash into the air that lands on molten rock or lava that flows out of the earth. Ash and lava combine to form hills. They can also be the result of tectonic shifts along fault lines in the earth’s crust. The most famous hills are the Loess Hills. There are many names for the difference in elevation from neutral horizontal to 90 degrees vertical. When land forms a right angle to the ocean, it is called a cliff. It can also be called a bluff especially when it has vegetation on it as it descends into the rocks by the sea. If it is sandy, it can be called a dune or series of dunes. The land can rise up in a series of flattish steps called steppes. The steppes can be shallow and short or deep. Low-lying plains are steppes of sorts that for a flat area as the land move up to meet a mountain range. Mountains are rocky plates that have been pushed upwards, sometimes so high that wind removes all topsoil and trees cannot grow. The line above which trees cannot grow on a mountain is called the tree line. Make a drawing from the beach of a sea with dunes to plains, hills and stone mountains. Label each of the landforms. 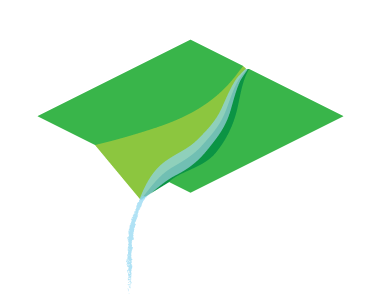 A valley is low land between floor hills or mountains. Valleys are formed by the flow of rivers or movement of glaciers over time. The most common valley is the U-shaped valley. These low lying areas are created by the movement and melting of glaciers over hundreds of years that scrape and push boulders, rocks and dirt along. The melting ice presses the earth down with its weight and carves out a valley as it pushes sediment along. This sediment provides excellent soil for farmland. The bottom of the valley is called the floor. Low lying areas adjacent to the floor are known as the flood plain, or area where rain water collects in time of high precipitation. Valley floors usually slope downstream and are connect to other valleys carrying water into lakes and eventually oceans. Valleys in low areas have an average slope or rise to run ratio; valleys in mountains are V shaped, deep and narrow with steep walls. Narrow deep valleys in mountains are called canyons. Watch this video on the formation of the Grand Canyon to see how plate tectonics and erosion contribute to valley formation. Draw sections through a U shaped and a V shaped valley. Label the floor, flood plain (if any) and slope.

How green is your valley? 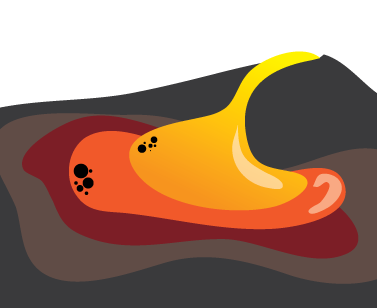 Plateaus are sometimes called flat top mountains or the ‘roof of the world’. They are large areas of higher flat land elevated by steep slopes. Plateaus cover 45 percent of the earth’s land surface and are usually 15,000 feet above sea level. Plateaus are formed by upward folding, erosion of surrounding land, or repeated lava flows over millions of years. Many high plateaus are deserts while low plateaus have enough rich soil to be farmed. The most famous and largest plateau is the Tibetan Plateau that lies between mountain ranges in northern Asia. Make a world map that shows the major plateaus and list their average elevation above sea level. Not if they are mountain plateaus, desert plateaus or farming plateaus.

Visit the ‘roof of the world!’ 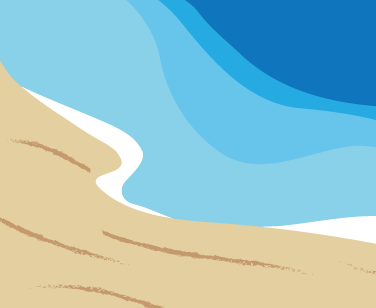 The coastline of lakes follows the lay of the land. It creates beaches, bays, and harbors. Bays are curved areas hugged by land. Many curved bays have beaches. A harbor is a larger, more protected bay that is deep and allows for the mooring of boats. Many coastal cities are built on natural harbors. Because rivers flow to the sea, the coastline is broken with the mouths of river bringing water from upstream. Sometimes rivers push sediment into the ocean creating a low-lying wetland called a delta. Coastlines are constantly changing with the action of waves, wind and sediment. First, find the five countries with the longest coastlines. Then find the ten states in the United States with the longest coastlines. Make a map of the five countries listing the lengths of their coasts. Do the same for the states. 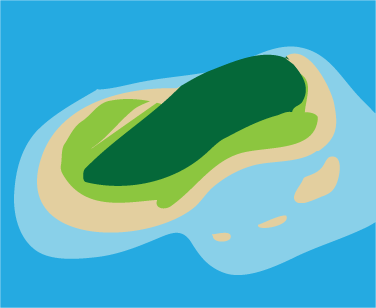 Islands are magical places in literature and in reality. They are often mysterious destinations in morning fog or wondrous landforms to find after a shipwreck. An island is land surrounded completely by water and which remains above the waterline in high tide. Islands may be inhabited or not. A series of islands along the coastline is called an archipelago. Barrier islands are long thin strips of land parallel to continents. They are often barely above sea level and are prone to flooding during seasonal storms such as typhoons and hurricanes. Nine nations have the most islands. They are Sweden (over 200,000); Finland (over 175,00); Canada (over 50,000); Norway (50,000); Indonesia (over 15,000); Greece (over 5,000); Japan (over3, 000) and Maldives (2000). Of all of these islands (over 500,000), only 2% have permanent human residents. Island living is in some ways romantic, as if you are in a world of your own. On islands the horizon line of the sky and the sea meet. Will you visit an island? Research a remote island that you find fascinating. It can be inhabited by people or uninhabited. Write a short report (2 pages) on the history of this island. If you want, imagine you were shipwrecked on this island. Write a story about how you would try to survive. 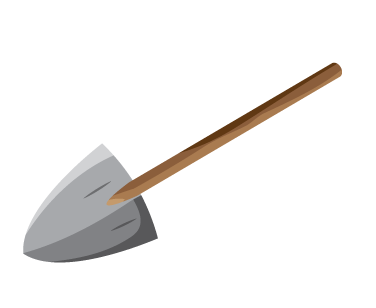