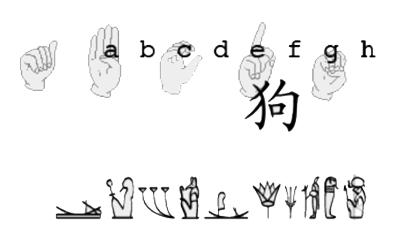 Just as lines communicate information, lines or marks serve as records of events, understandings, and communication of ideas. Before the written word, stories and events were passed down verbally in an oral history. Stories were recorded in paintings and carvings and then symbols such as Egyptian hieroglyphics. An alphabet is a set of written symbols. In the English language symbols are letters and each represents a phoneme, or sound, of a spoken language, as it is used now or as it was used in the past. The world map of alphabets will show you the range of diverse alphabets and languages that still exist today, though many native tongues are disappearing.

Activity 1 – Seeking A Through Z In Architecture 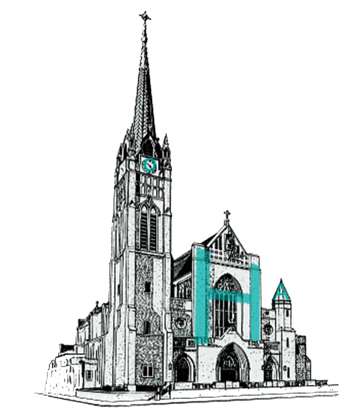 Take a walk around! Look for the 26 letters of the alphabet in the landscape and urban patterns of places you grew up. Find shapes in river bends, rows of trees, road constructions and buildings. Record the location of each found letter. When you have collected images of all 26 letters, create a patchwork quilt of 1" x 1" screen shots of each letter starting with “A” and finishing with “Z”. Print your quilt on 81/2" x 11" and post it in the NEXT.cc gallery. Mount them on card stock, punch two holes in the card stock on the top or side. Tie two strings through the holes to bind them. Share your alphabet book with friends and family. 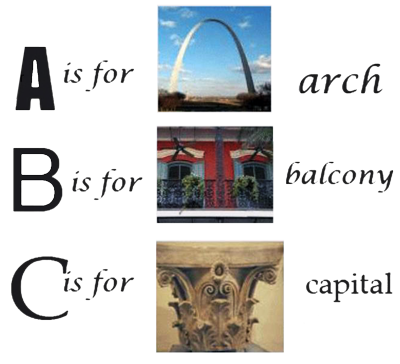 Designers learn and use many specific names or words in their practices. After making your alphabet book, start a list of architectural or interior architecture vocabulary words: A is for arch, B is for beam. Make a second alphabet book with photographs or drawings of an architectural element or detail for each letter. Make it the same size as the A-Z alphabet book. For fun, watch ABCs of ARCHITECTURE and learn about architects alphabetically!

Take a look at an alphabet! 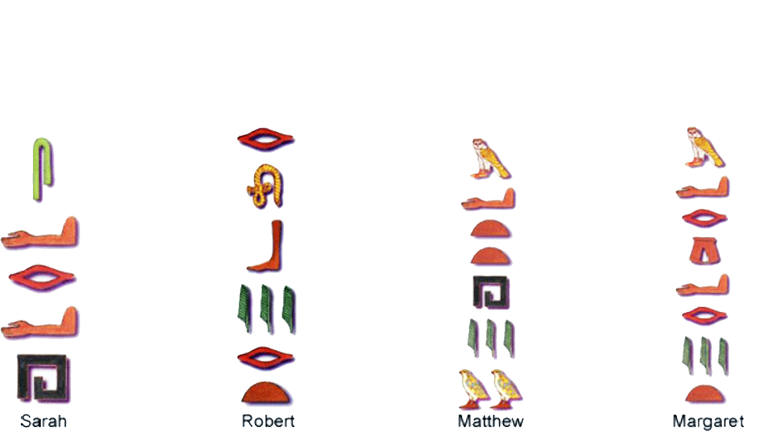 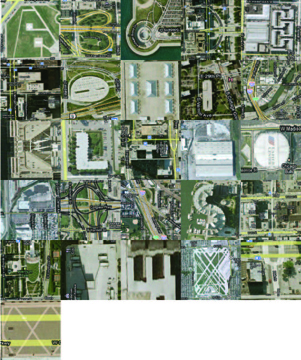 Alphabet letters are everywhere! They may be in your cereal. They may be in your spaghetti. They may be on the school ground or in a park. They may be in your city! Using Google Earth open up your city. Travel around above all of the streets and parks and neighborhoods and look for letters of the alphabet in building shapes, garden designs and highway interchanges. You will be surprised at how many you can find. Think about what living in a “T” building would be like compared to living in an “O” or an “L” or an “X” building! Make an alpha poster of your city and share it with your school.

Use your “alphabet eyes” to see the world in a new way!