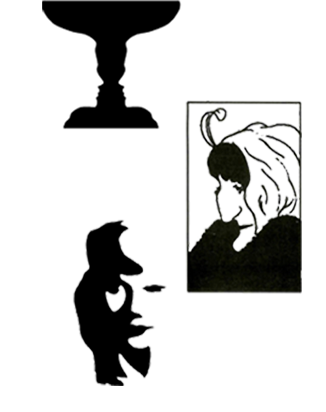 When we look around we see shapes and edges based on contrast. Figure Ground refers to our visual ability to separate elements from each other based upon contrast. Do you see the image as one vase or two faces? In the second image, do you see a young or old lady’s face and in the third image, a lady or a saxophone player? Note that it is difficult to see both shapes at the same time. What we first pay attention to in a picture is called figure or positive shape. A shape is an area separated from other areas or the background by a line, change in color or texture. Everything that is not figure in an image is called ground. If the figure touches the edge of the format or paper, canvas, etc., the ground shapes are called negative shapes. In the green icon, the vase is the figure (positive shape) and the green square is the ground (negative shape). The two, figure ground, or positive shape, and negative shape define each other. There may only be one figure in a simple image, but there may be several figure ground relationships in a complex image. Artists and designers consider figure ground relationships and the relationship of the figure ground to the format to capture our interest. 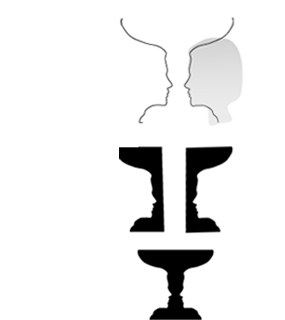 You are going to make a figure ground relationship using the silhouette of your face as the right and left edges of a vase like the image shown. First, ask someone to trace the shadow of your face on an 8 ½” x 11” piece of black paper or if doing this activity alone, make up a silhouette of a face showing the forehead, eyebrows, nose, lips and chin. Cut out the silhouette keeping a flat edge opposite of the silhouette edge. Flip over the shape, trace it on another piece of paper, and cut out the second shape. Place the two black silhouettes onto a larger white piece of paper (format) so that they are facing each other with at least 1” apart in the narrowest part. Glue the faces in place. Congratulations! You have made a figure ground relationship in which the positive and negative shapes change between positive and negative!! Ask a few people if they see a vase or the two faces!

Take one of the initials in your name and design it so that it fits onto a piece of paper and touches all four sides like the letter in the picture. Using black paper for the letter (the figure), place the letter on white paper (the ground). Make four copies of your letter. 1) Cut out the white negative shapes and use them to make another composition on black paper; make sure that your shapes all touch the outside edges of the background paper. 2) Taking another copy, cut out the white negative shapes again. This time arrange them in the center of the another black piece of paper so that they become the figure and the paper becomes the ground. 3) From the last copy of your letter, cut out again the white negative shapes; this time arrange them so that the black and white figure ground shapes are both figure and ground equally. Congratulations! You have begun to explore the mystery of figure-ground relationships and how they attract other people’s attention! 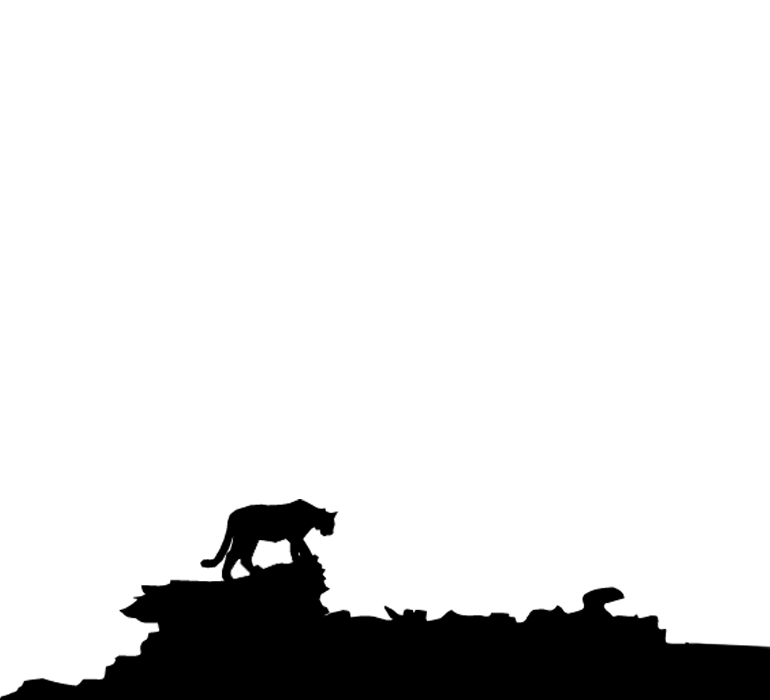