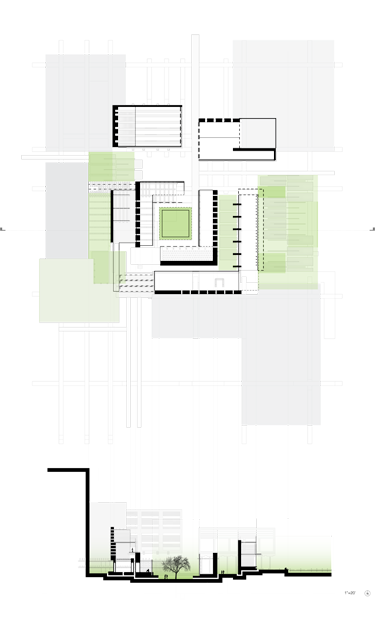 From the detail to the whole…a detail is a section…is a building.

Buildings are composed of a complex arrangement of many different parts. These parts not only work together to form structure, but also work together to intermediately form tectonic elements, which in turn work together to create buildings and the spaces within. Tectonics, from the Greek word tecton, means “carpenter" or “maker”. Tectonics is the use, structure and experience of buildings that relate material choice to making. Architectonics focuses on the way a building is made and in what way this making is made visible. Architectonics studies three tectonic elements -mass, planes and frames - in the diagramming and designing of architectural objects. Mass is often the base of the building. Planes represent enclosure and are generally read as thin elements. Frame is the skeleton of the building, often stick-like elements, and functions as the structure itself. Architectonics that architectural ideas and activities take into account include the appearance of the building at the scale of the city as well as on the detail scale. It connects material choice and appearance to technologies and structure used. 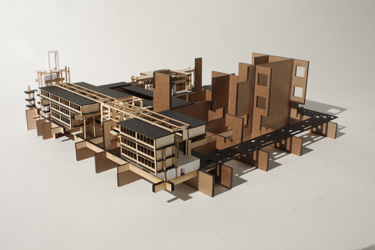 Using the Internet or a library, research and find an example of a building in which you can clearly see examples of mass, plane, and frame. Make sure to pick a building that has sufficient photographic documentation for you to get a sense of how the tectonic elements function and interact. Build a tectonic model of the building using clay to represent mass, cardboard for planes, and toothpicks for frames. 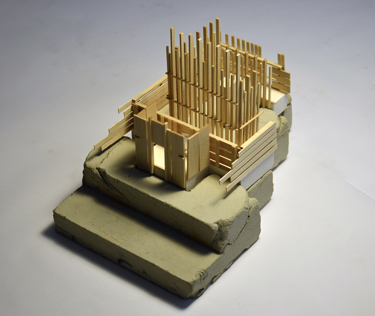 Materialize architectural elements! Create a series of cardboard planes, clay masses and sticks (toothpicks, popsicle sticks, dowels, etc.) Make different compositions using these three elements. For each composition, photograph and draw elevations and sections. Create a series of habitable structures that all have a major room and two or three minor rooms. 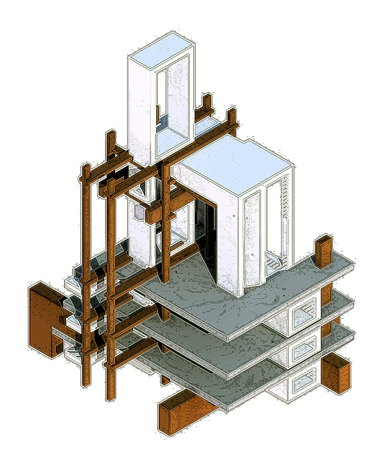 Put on your architectonics eyes! Pick a location near you (home, school, etc…) where you can see the tectonic elements of mass, plane, and frame in a built structure. Take pictures of buildings, print them and using pen or pencil on paper, quickly sketch the tectonic elements. Use thick lines for mass, thin lines for planes, and dashed lines for frames. Reveal the hidden tectonics! 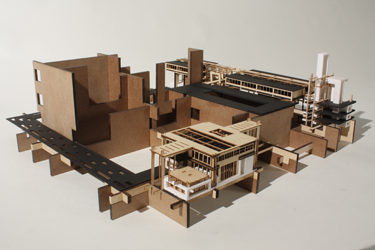 Now that you have interacted with architectonic elements and diagrammed architectonics in existing buildings, how about creating your own kit of parts and creating your own buildings? Using the same three elements from activity 1 (clay to represent mass, cardboard for planes and toothpicks for frames), compose and create three different buildings. Explore different expressions of tectonics in your structures. Create a city block that has architectural elements to suggest solid mass, voids, planes and frames.
Be an archetectonic architect!