Halley’s Comet and A Commitment to Science Literacy for All by 2061:
NEXT.cc Aligns with Next Generation Science Standards 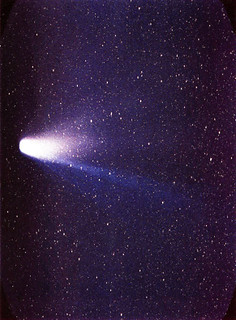 For teachers and learners throughout the U.S, the Next Generation Science Standards (NGSS) are redefining the problem-rich environment of K-12 science education. The new standards make visible the significant achievements of Project 2061, the long-term initiative to ensure that by 2061 all students graduate from high school as science literate adults. As educators take up that challenge, the NGSS map the road ahead.

Project 2061 takes its name from the “gravest rhythm” of Comet Halley, the only naked-eye comet that might be seen twice in a human lifetime. F. James Rutherford, founder of Project 2061 explains the origins of the name,

“Comet Halley—as a thing of nature and a thing of science, history, and art—has a special place in the conception of Project 2061. This new project of the American Association for the Advancement of Science was initiated in 1985 as a very long-term project that would develop the intellectual tools to be used in bringing about significant and lasting improvements in science education nationwide. As it happened, Comet Halley was then making one of its periodic close visits. Its cycle of about 75 years approximates a human life span, which was the intended scale of the project.”(2)

Looking ahead to the return of Comet Halley in 2061, AAAS scientists and educators began the work that would become known as “the single most visible attempt at science education reform in American history.”(3) By 2007, Project 2061 scientists and educators had laid the groundwork for the NGSS in four major publications:
Science for All Americans (1989 ), which outlines what all students should know and be able to do in science, mathematics, and technology after 13 years of schooling.
Benchmarks for Science Literacy (1993), which translates the adult literacy goals into grade-level learning goals.
Atlas of Scientific Literacy, Vol. 1 (2001) and Vol. 2 (2007), which show “how students’ understanding of the ideas and skills that lead to literacy in science, mathematics, and technology might develop from kindergarten through 12th grade.”
And Designs for Science Literacy (March 2001), which “addresses the critical issues involved in assembling sound instructional materials into a coherent K-12 curriculum.”

Published in 2013, the NGSS call for significant conceptual shifts in K-12 science education. For the first time in American science standards, the NGSS integrate engineering design into the K-12 science curriculum. In tandem with the goals of NEXT.cc, the new standards encompass the design process – what design is, what design does, and why design is important. Throughout the three dimensions of the NGSS Framework – the Cross-Cutting Concepts, Science and Engineering Practices, and the Disciplinary Core Ideas – the NGSS recognize that “it is the iterative cycle of design that offers the greatest potential for applying science knowledge in the classroom and engaging in engineering practices.”(4)

NEXT.cc is pleased to support the new Standards through our newly updated NGSS support documents. In keeping with the shift toward integrated, in-depth instruction, the Learning Journeys and Explore links at NEXT.cc are aligned with NGSS disciplinary core ideas from each of the four disciplines – life science; physical science; earth and space science; and engineering, technology, and the applications of science. NEXT.cc K-2, 3-5, and 6-8. In the documents presented here, viewers find age-appropriate resources that support the creation and curation of aligned materials for science ‘snacks,’ lessons, and units of instruction, the “bricks” of curriculum construction. 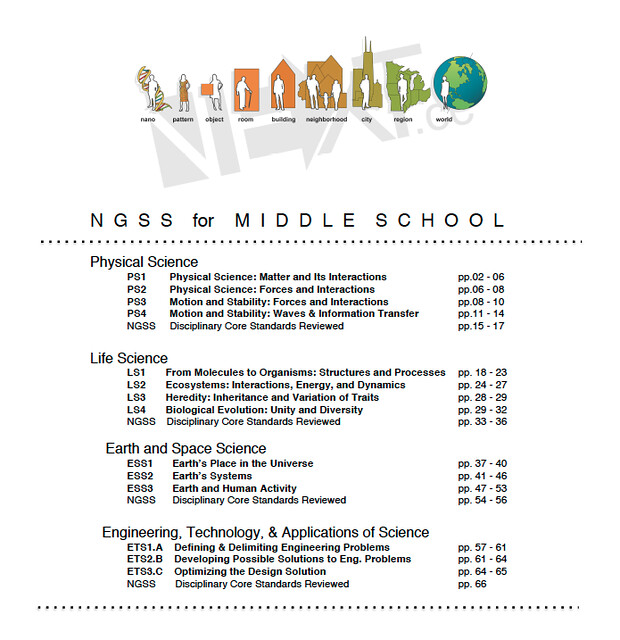 In 1958 theoretical physicist, Richard Feynman could write, “The value of science remains unsung by singers, so you are reduced to hearing— not a song or a poem, but an evening lecture about it. This is not yet a scientific age,” he said.(5) In the decades that have since passed, scientists, including George Wetherill, have turned to poetry - perhaps more frequently than song - to express their wonder at the mysteries of nature and science. The artists, educators, and designers at NEXT.cc join such scientists to “explor[e] ideas about the possibility of science producing art and art enriching science education.”(6) Our goal: Science literacy for all by 2061.

Debra Henning, MEd April 29, 2015
In ceramics classrooms and studios, art and science merge in the creation of clay and glaze and fuse in high-fire kilns like the elements, themselves. The fusion of such discipline-based knowledge has been a recurrent theme in the history of American education, and with the development of Common Core and the Next Generation Science Standards, art and design are playing increasingly significant roles in curriculum development. In the weeks ahead, I invite you to join NEXT.cc [and me] in a conversation about the contributions art and design are making not only to content curricula, but to the process of curriculum design, itself.